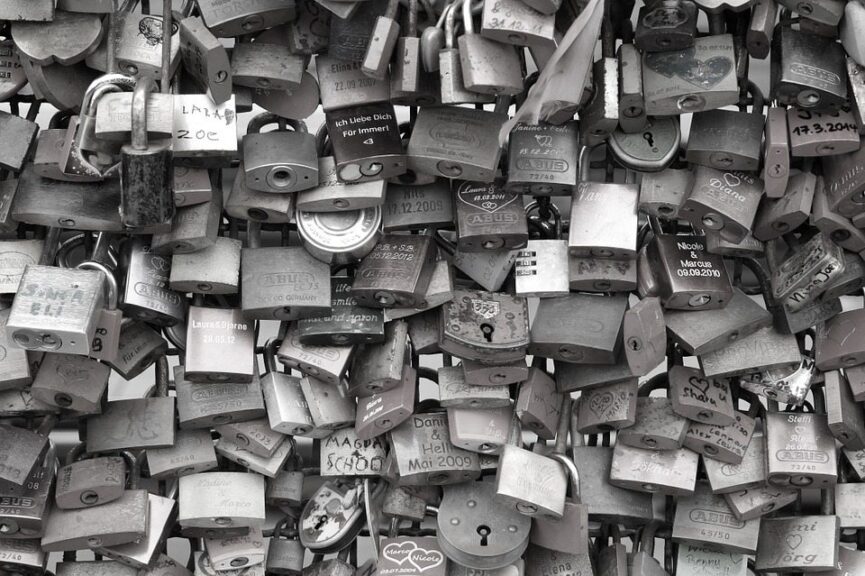 The following are the Types of locks –

1) Cylindrical Lock – these types of locks are the undoubtedly the simplest and most affordable type of security lock. They consist of a simple yet robust lock fixture that is installed within the door throug

h a 2-3 inch wide hole. On either side of the door, a nob or lever is installed so that the door can be opened or closed. Some types of the cylindrical lock will have a built in the cylinder which requires a key to operate it. Other cylindrical locks will be designed with a simple latch mechanism. These locks are the simplest to install and require the least amount of maintenance.

2) Mortise Lock – these tend to be a bit more expensive than the standard cylindrical lock, however for the price they offer a significantly higher level of security. The lock is installed into a mortise (pocket) which is precisely cut into the door at the factory. When this has been done a separate cylinder is installed within the lock to secure the door. The mortise lock is then operated by a lever or a handle which is fitted on either side. The downside to these types of locks is that they can be fairly tricky to install, and it may be the case that some DIY enthusiasts will have difficulty accurately creating a properly sized mortise hole in the door.

3) Exit Device – This type of security device is the sort which is used to lock a door as well as to help the occupants exit more safely during an emergency. For this type of locking device a pish pad is mounted across the width of the door on one side, while on the other side, some operational trim is installed. This push pad connects to a locking body which is known as a chassis. This contains a cylinder which keeps the door secure. When stood on the outside of the door the user must have a key to unlock the unit, or the device can be left in an unlocked state so as to allow free entry and exit. These kinds of devices can be particularly difficult to install and may require specific and extensive door preparation.

4) Electric locks – these locks use a combination of the cylindrical lock’s body and the traditional mortise. They come with additional and integral security wiring so that rather than use a key, a simple push button or card reader can be used to operate them. Employees could then use an access card to release the lock or security workers could release the lock remotely with a release switch. This type of lock can be fail-safe (automatically unlocked if there is a power cut) or fail-secure (automatically locked).

5) Interconnected locks – these devices combine a deadbolt and latch function into one unit. They are most commonly used in flats and apartments to provide a cost effectively and at the same time high level of security. Due to the simple locking and unlocking mechanism, it is easy to provide an occupant exit. When stood on the outside the lock is opened with a key, which then allows the door to be opened with a lever or knob. When the occupant inside turns the knob, the door will automatically unlock and open with a simple movement.

6) High-level security locks – these locks are specifically designed for app
lications which require more security than is traditionally offered by mechanisms such as the mortise lock. High security locks contain patented keyways and cylinders which make them extremely difficult to be picked or tampered with. Even regular locksmithing locks do not work with high-security locks, and outside of the factory, it is impossible to duplicate them. These locks come in the form of deadbolts or mortise units and are used in government, financial and military buildings.

Do you have a problem with your lock? Locked out of your car? lost your car keys? Our car locksmiths are the expert! Conact us – autokeymaster.com

review us on
See All Reviews